Why Stapleton is a Great Place to Live

Why Stapleton is a Great Place to Live

Why Stapleton is A Great Place To Live

Stapleton is one of the top neighborhoods to live in within the northeast Denver area. With approximately 25,000 Denver residents and over 100 business owners this community has become rich with a unique style all its own.

Stapleton is located on the site of the old Stapleton International Airport which operated as Denver’s primary airport from 1929 to 1995. The redevelopment of Stapleton occurred in 2001 and has been rapidly developing into a vibrant area which is now referred to as the Stapleton Community. So, if you want a fresh start, there couldn’t be a better place than Stapleton.

Stapleton is rated as one of the best neighborhoods to buy a house in the Denver area. With a variety of modern architecture and design, new shops and commercial buildings, there is something for everyone in 80238.

Stapleton has modern shopping plazas that contain recognizable national brands as well as local boutiques that appeal to the unique community members. East 29th Avenue is home to the Town Center which is the center of Stapleton shopping and also where free concerts, movies under the stars and a weekly farmers market is held during the summer. There’s also shops at Conservatory Green, Quebec Square and other outdoor markets. Each hold a variety of great businesses, stores and also restaurants for you to choose from.

While Denver is home to some of the nation’s top employers, Stapleton is also already home to some big employers such as the FBI, U.S. Bank, and Nobel/Sysco and more progressive companies have already moved to Stapleton because of competitive advantages such as location, and the quality of life.

Stapleton also has schools ranging from Early Childhood Education to K-12 and they are ranked among the top in Colorado. The schools are new, innovative and they emphasize that they come with a community of active, involved, and well-educated parents who are supportive of their children, the schools, and each other.

When living in Stapleton, you can stay connected with the emphasis on multi-modal transportation. In 2016 the commuter rail station opened, connecting Stapleton to downtown Denver and DIA which provided more opportunities for residents and increased revenue for the area. The area makes it easy for you to get around and is served by the new University of Colorado A-Line train which provides access to the Denver International Airport and downtown’s Union Station. Stapleton focuses on quality and value creation to establish a sense of community among the residents while still being able to constantly evolve and change with the times.

Stapleton is geared towards homeowners and it is one of the nation’s largest new urban developments with the goal in mind of creating common spaces, encouraging residents to get outside, meet their neighbors and stay active. 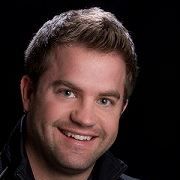 Steve (Reno) was great! He is very professional, hands-on and really ran the process for us. He made it very simple for us to get over the finish line on what seemed like a really big financial decision for us. He did a great job!

The Benefits of Living in Colorado